Editor’s Note: The following was written and submitted by Dan! A Thunder fan in Atlanta.

Pops and I are at Anatolia, my third-favourite Mediterranean restaurant in downtown Atlanta. You might’ve seen its turquoise awning in the background of the battle scene in Anchorman 2 that took place in Woodruff Park or as a car sped past in the appallingly overrated Baby Driver. Being the Hollywood of the South is not nearly as glamorous as Peachtree City would have you believe.

Just as I’m talking to Pops about the precarious position in which OKC has found itself in its post-Harden, post-KD instantiation, news flashes across the ESPN ticker that the Green Bay Packers have released Jordy Nelson. Without spending too much – or, really, any – time on what this means for our family of Packer Backers, this all-too-familiar transaction in sports captures the emotional precarity of both the life of an athlete and the life of a fan. There’s no such thing as deep time in sports; rather, there’s merely deep feeling and a cruel ebb and flow of potential and legitimacy. “87 plus 12 equals 6,” Pops muses. How lucky we are to have such moments make sense.

We walk over to Philips Arena, a few blocks away from where we both work – Georgia State University (me) and Georgia Pacific (him). Pops has bought us tickets to every OKC/ATL tilt in Atlanta since 2009, our family having relocated to Atlanta in 2008. He’s – along with my stepmom – retiring back to St. Simons Island next month, and this is conceivably the last game we’ll attend together for quite some time. The night is bright, with a crisp breeze cutting through, and the corners around the arena are bustling with action.

We’re in the Club Section, row X, a delightfully anonymous row that is placed behind the railing for the actual stands, hovering placidly. I buy a Miller Lite two-pounder, and we settle in for warmups. Felton and Dakari, and then Felton and Hamiel Danilton, are going 1v1 and Felton nails a couple step-backs over their respective out-stretched arms. 2Pat is practicing skyscrapers from the block. Corey Brewer’s baldness is emanating with a striking force, and Hoodie Melo is casually taking and making bank 3s from the wing. It’s a pleasant scene, made all the more pleasant when I look up and see that the Hawks have finally removed the Widespread Panic banners that laughably and embarrassingly flank the scant amount of NBA-related banners hanging from the rafters.

There are moments in the quarter that should appeal to any basketball fan but are really for NBA fanatics. Sure, you’ve got PG13’s opening steal-and-3 and a re-donk-ulous put-buck from John Collins, but how about Corey Brewer’s fantastic steal and subsequent doinking of a mid-range shot in transition? And am I mistaken or did Melo just have back-to-back blocks on one possession? Is it frozen-over in here, or is it just me?

Mostly, the 1Q is defined by Kent Bazemore’s desperate attempts to rile up his teammates from the bench, the clear talent differential between the two teams, and OKC’s paltry defensive rotations. OKC continues to collapse on the driver and leave a shooter open on the wing. This will become a theme for the night.

The first note I have for this quarter comes at about the 7:50 mark when A3rines splashes a deep three. I’ve written, “Make a joke about Brian Davis saying, ‘And Abrines hits one from [insert place that’s outside Atlanta]..” My sincere hope is that BD exclaimed, “Abrines hit that shot from Dalton, carpet capital of the world!” If I’m wrong, don’t tell me.

It’s a commercial break, and the Hawks have a segment called Handles like Hot Sauce. An “I like turtles”-esque dope is in an OKC jersey, accidentally saying, “Hawks for life!” when the person on the microphone presses him for wearing an OKC jersey to a Hawks game. He has to keep Hot Sauce, who looks like he’s been having a bit too much bleu cheese or ranch, from scoring for 24 seconds. This segment lasts for about 10 seconds until Hot Sauce mercifully scores a layup.

OKC continues to fail to rotate properly on drives and sacrifices a bunch of open looks. The offense is going cold as my beer is warming up, and no one is happy about it.

The only other two notes I have from this quarter are: “Terrance Ferguson is doing a knockout impression of Wonder Woman’s plane” and “Oh, hey, there’s that cameraman I know and don’t like.” (To explain the second thing: a person who operates the cameras for Turner is a dude with whom I used to play trivia. I do not care for him.)

Philips Arena has been as quiet as a coffee shop all night and I sort of like it. In years past, these games have been raucous, with lots of OKC fans interspersed with vibrant, lively Atlanta fans. With Atlanta officially eliminated from the playoffs for the first time in a decade, the atmosphere is relaxed and complacent. The arena has a wonderful warmth to it, though, and I find myself enjoying the peaceful reverie of a mostly meaningless mid-March game between two teams vying for vastly different things.

As Jerami Grant walks onto the court to start at the 5, Pops says, “I guess they weren’t impressed with 44.” I’m so sorry, Dakari.

The crowd erupts when Melo hits his third straight triple and we all ooh-and-aah over Russ’ nifty fake-pass-to-layup. OKC is up, though the offense is, other than Melo’s barrage, totally lifeless in the wake of PG’s departure.

The loudest moment of the game is fans heckling 2Pat after a missed free throw, hoping to coax out of him a second miss with the tantalizing reward of free chicken sandwiches from Chik-fil-a. God bless neoliberalism, I suppose.

Speaking of 2Pat: how about his second half? After four quick fouls in the first half, he bounces back to get to the line on three (or four?) consecutive plays and hits a big three. In another universe, OKC has acquired a legitimate backup center, Roberson isn’t injured, and Patterson is spending lots of time playing PF next to Adams. Dreams, dreams, dreams.

While the game would be tied 103-103 with about 5 minutes left, Triple Double, PhD & Co. would take control and get an unfortunately necessary win for OKC. Unlike last year’s OKC/ATL game, at which I did not realize Russ had a triple-double until checking the box score after the game, his double-figuring is readily apparent to everyone in attendance tonight. Regardless of the arbitrary nature of the triple-double, it’s a satisfying accomplishment during a pleasant, albeit relatively banal, night of NBA basketball. 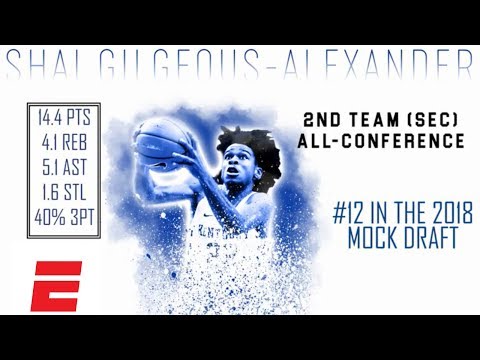