Uh oh. We are starting to have expectations.

The Thunder lost a 1 point heartbreaker to the Celtics on Sunday afternoon. Mind you, a Boston team that had won 6 in a row and 9 of 10 coming into the game and was trotting out a fully healthy starting lineup for only the 15th time all season. The 3 seed in the East. A title contender.

Rewind this game to November or December 2019 and across the board, the reaction from fans would have been one of impressed pride and total satisfaction. But now, fans are yearning for a bit more.

Not that anyone can blame the fans for being spoiled into heightened confidence. This OKC team had won 4 in a row and reeled off wins in 9 of 10 previous games as well. And when it comes to crunch time in close games, or even games with seemingly insurmountable deficits, the Thunder have found ways time and again to pull off the improbable.

But this time the point guard coming up with the biggest clutch play of the game wasn’t Chris Paul, Shai Gilgeous-Alexander, nor Dennis Schroder. All three had moments in the fourth quarter that helped OKC keep the game winnable, but it was another point guard with Oklahoma ties who turned the tide in closing time. After a brilliant block from Dennis Schroder on an attempted layup from Gordon Hayward, SGA ended up with the ball in his hands with just over 10 seconds on the clock. That’s when former Oklahoma State Cowboy Marcus Smart stripped Shai clean for a dagger defensive play that sealed the game before the Thunder could attempt a buzzer beating 3 to force overtime.

Now, nobody amongst the Thunder faithful are maddened or overly saddened by a 1 point loss to a top tier Celtics team. There’s just a sense of disappointment and disheartenment that were absent from the fandom’s postgame feelings earlier this season. No sky is falling Chicken Littles, but maybe some sky is cloudy Eeyores.

Are we past the point of celebrating moral victories with this once believed to be tanking Thunder team? Perhaps we should be. After all, the reality now is OKC is a 6 seed on pace for 50 wins. Those kinds of teams are supposed to beat up on softer squads and take down tougher teams at home every once in awhile.

But I can’t help but feel that after a summer in which the franchise was turned on its axis, making the playoffs is a huge win in and of itself, and higher seeds, better records and victories over elite teams are just gravy on top.

My expectation is that the resilient Thunder will bounce back and close out the pre-All Star break schedule with two wins. 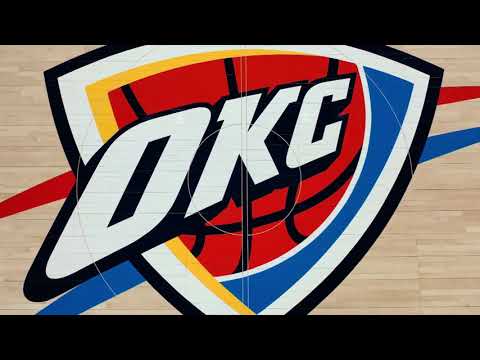