Oklahoma City lost its last game in Orlando to the Utah Jazz 70-60 to finish at 3-2 for the week, but instead of looking at that disaster of a game, let’s just get some overall thoughts and put a bow on this week. (Cumulative stats from the week.)

Well color me giddy and happy and tingly all over. Harden looks like he’s ready to make a major impact on this team. He slashes, he passes, he scores, he shoots. But wait, there’s more! He’s just so cool and collected on the court. He played a little point guard Thursday and a lot Friday. I think that’s one of the advantages to Harden’s creating ability – you can move Westbrook off the ball if you want to play them together or Harden can just run point and you can move any and everybody around. Oklahoma City may have the most versatile roster in the league this year. No really. (One interesting stat: Harden actually led the team in defensive rebounds. Now Ibaka and D.J. White just played four games and Harden played four and half, but still.)

Nobody was more surprising in Orlando than Serge Ibaka. He went from fringe D-Leaguer to possibly a certain rotation player in just five days. You can’t say enough about how polished his offensive skill set looked. He had post moves, he had an elbow jumper, he could put the ball on the floor and he could face up. You would’ve loved to have seen his rebounding numbers been more in the 5-7 a game territory but I’ll take what we got. I know I’m ready to buy my Serge Ibaka replica jersey.

The only tick against Westbrook was the turnovers. He had one night where he piled up seven and averaged five a game for the week. But as I said in an earlier recap, a lot of those turns just weren’t his fault. Teammates weren’t ready for passes, were dropping good ones or just weren’t where they were supposed to be. Granted, it was the fifth game in five days for the Thunder, but you’ll notice OKC had its worst day offensively with Russ sitting out. Watching a Thunder game for the first time ever that didn’t include Russell Westbrook was kind of eye opening. It really made you realize how much you miss what he creates and just how exciting of a player he is. He’s definitely improved and his jumpshot looks better. He clearly still has flaws that need some ironing, but he’s getting there people. He’s getting there.

If it weren’t for my rock bottom expectations of Byron, he would’ve been more like a D+, but since I wasn’t expecting much, he gets an average grade. He’s got major issues – he gives up defensive position too easily, he’s not a great rebounder, he’s extremely inconsistent, he’s not a good post defender, he’s bad at help side defense – but he’s definitely got some redeeming qualities. He really showcased some serious skill Thursday with 18 points on 7-10 shooting, but Friday he went 0-7 from the field with no points. The main thing that bugs me is that in five games, he didn’t record a blocked shot. That right there shows you how he hasn’t quite figured out defensive rotations and help defense. But there’s a tremendous upside to his game. If he works, he could be something special.

Save one bad shooting game, D.J. White had a pretty nice week. He was Oklahoma City’s leading rebounder and he showed off a better post game Friday. He’s got a great mid-range touch and he’s not a bad post defender. He did get called for like 50 moving screens though. There’s a pretty good logjam at power forward for OKC and he’ll be fighting with Ibaka and Collison for playing time, but that’s a pretty good problem to have.

There were high hopes for Vaden coming into this week. Now before we get too far, he may regroup and have a great couple games in Vegas. But as it stands right now, he was pretty disappointing. He was supposed to be a nice shooter/scorer to come off the bench. Well he neither shot nor scored. He hit just two threes this week and he had trouble getting himself clean looks. He may have been pressing, trying to impress OKC’s staff, but he just didn’t perform. I know Robert Vaden is a very good shooter, but some guys can be great shooters but can’t harness that at the next level. They press, they try to hard and they force things. So far, so bad for OKC’s second round pick.

Weaver sat out Friday due to a thumb injury and honestly, you would’ve never known. For some reason, he just seems invisible on the court. I can’t quite put it into words what I think about Weaver. He’s a nice player and a player I like on my team, but he just doesn’t seem to really impact the game. He does good things – he defends, he can make plays, he gets in passing lanes – but sometimes it just seems like he’s a warm body on the court. His offseason mission was to develop a 3-point shot and it doesn’t look like it’s there yet. Again, he’s a good player, but he might get forced out because of OKC’s new found depth.

Livingston played just three games, but I saw all I needed. He’s going to be a great backup to Westbrook and also provide OKC a lot of versatility. He’s not all the way back yet, but he looks better than he did at the end of the season. He just kind of did what he does – made good passes, ran a good offense, hit mid-range jumpers and played quality defense. He didn’t blow anybody away but he was rock steady and looks like he’ll fit in very nicely.

Hardin did OK, but he didn’t wow anyone. He played extremely hard and did a decent job defensively, but he clearly doesn’t have an NBA-type skill set. He’s got a big body and he’s very athletic, but it didn’t translate into him blocking shots and grabbing rebounds. His incredibly high field goal percentage was nice, but he was just 8-11 from the floor. He may make an NBA player, but he’s not there yet. A guy his size needs to be a physical rebounding and shot blocking force and he just wasn’t that.

And I’m not grading De’Angelo Alexander, Kyle Hines and Moses Ehambe because well, who are we kidding. Another couple games in Vegas with most of these guys, so we’ll get a better idea of where they’re at after that. 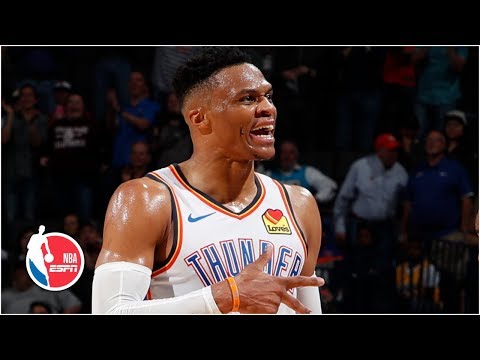