Well that was a nut punch.

While all the pregame buzz centered around Russell Westbrook’s return to face the team that will be building a statue in his image shortly after his retirement, the Brodie wasn’t the reason why the Rockets rocked the baby all day before swaddling the Thunder to sleep.

While all the postgame buzz centered around the Dennis Schroder “did he or didn’t he” arm swing into PJ Tucker’s baby makers, followed by Tucker going Zinedine Zidane on an unsuspecting Schroder, followed by the refs tossing Tucker and Schroder, OKC’s Sixth Man of the Year absence, while massive, wasn’t the reason why the Rockets gave OKC fans bizarro world 2017 flashbacks.

Don’t get it twisted. Russ’s presence positively put pressure on Thunder defenders and made life much easier for James Harden. Schroder was the Thunder’s best player, arguably the best player on the court for either team, and OKC’s only source of offense. The Russ return and Schroder subtraction surely accounted for some of the 34 point pummeling.

But the Thunder lost this game because three of their starters had their worst games of the season all at the same time.

Danilo Gallinari, he of the highly efficient volume scoring near 50-40-90 reputation, scored 1 more point than I did in Game 5. We hit the same number of shots from the field. But he took 5 more shots to get to 0. Gallo, soon to be craved by nearly every contender and playoff hopeful this offseason, went 0-5 including 0-3 from 3 point range. His single point came off a technical free throw, so he didn’t even earn his one trip to the line.

Shai Gilgeous-Alexander, he of the dominant superstar-to-be-seeming Games 2-4, scored 4 points. SGA looked unstoppable the past three games, but he looked ungoable in Game 5.

Lu Dort, he of the Twitter trending and Dortis Burke fangirling, went 3-16 from the field. The Rockets dared Dort to shoot 3’s. Lu is like that kid that gets his tongue stuck on the frozen telephone pole in A Christmas Story: he doesn’t back down from dares. Or double dares. Or nine time dares. Dort shot 0-9 from the 3 point line. Lu looked like a bad guy in a Rambo movie unloading his clip and not hitting a single target.

After overcoming a double digit first quarter deficit (that was a copy and paste line from my first four journals in this series), the Thunder only trailed by 3 at halftime. But the Thunder starters, who have struggled regularly throughout this series, threw away the team’s second quarter success and saw the scoreboard say the Rockets zoomed to a 20 point lead within the first 3 minutes of the third quarter. That’s the story of the game. The Thunder got rolled in less time than it takes to listen to “The Thunder Rolls.”

The Rockets played well. Russ supplied the energy and emotional uplift we’ve all come to know and love him for, but this time it was for the bad guys. Did Russ fuel the Rockets? Maybe. Houston, you have a problem with Schroder, who was getting anything he wanted. Could OKC’s First Man of the Game have led the Thunder to yet another 20 plus point comeback? Maybe. Is playing both a nonshooting center in Adams and a nonshooting shooting guard in Dort killing any chance for the Thunder to score? Maybe. Did the Thunder lose rhythm and momentum by the postponement of the game? Maybe. Was Chris Paul, an extraordinary leader not only of this team but for the entire NBA, exhausted mentally and physically due to working tirelessly around the clock the last few days to help the league both shine light on social injustice and ensure the playoff continued? Maybe.

Here’s what we know for sure: the Thunder are going to be ejected from this series if three of their five starters combine to go 5-29 including 0-16 from 3 in Game 6.

The good news is, every “home” team has won every game thus far, and OKC is “at home” on Monday. The Rockets got their Robert Covington fire game out of the way, and the Thunder got their Shai and Gallo dumpster fire games out of the way.

If this Thunder team has proven anything this year, it’s that they always fight, no matter how deep the hole. Whether it’s a double digit fourth quarter, an 0-2 series or a 3-2 deficit facing elimination, this OKC squad will never give up, never surrender.

Some advice to the Rockets: wear your protective cups on Monday night. The Thunder are going to come out swinging. 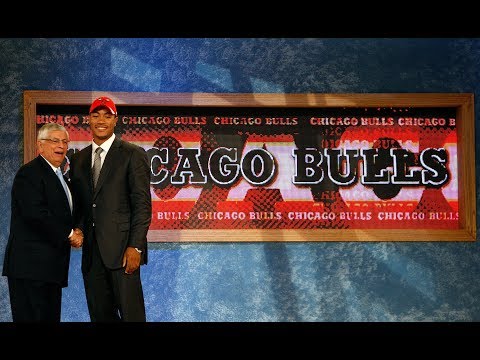