Justin Patton has been assigned to the Blue.

Maddie Lee (The Oklahoman) on the basketball globe-trotting Danilo Gallinari has enjoyed with his father: “During the season, Danilo lived in a wide variety of American cities. He spent 2 1/2 years in New York playing for Vittorio’s former teammate, D’Antoni. Then the Knicks traded Danilo to Denver, where he spent the majority of his career. Two years ago he landed in Los Angeles, with the Clippers. Now Oklahoma City. Danilo’s parents and brother plan to visit him in OKC, he said. Their travels continue. “Oklahoma is great,” Danilo said. “It reminds me a lot of my small town, where I come from. It is a great city, and it’s great to play basketball here. And the people are great, and that makes a difference.”

Erik Horne (The Athletic) with more on Tuesday night’s Oklahoma City bombing ceremony: “It’s been four years since Magic guard D.J. Augustin was a Thunder player, but he was especially moved by Tuesday’s presentation. “I went there (to the Memorial), and I saw what happened. I was able to get the history behind it,” Augustin told The Athletic. Augustin played parts of two seasons in Oklahoma City from 2014 to 2016. “To see those families tonight is pretty emotional. I just thought about my family back home and my kids.”

Ben Mertens (Welcome to Loud City) on Dennis Schroder’s improved play to open the season: “The Thunder’s third guard is averaging 15 points this year on almost the exact same effective field goal percentage and true shooting as last year. But the way he’s gotten to those percentages is a little different than in the past. Schroder is taking 37% of his shots at the rim this year per cleaning the glass, up from 30% a season ago, and converting at a career high 58% on attempts at the rim. That is still well below average for a guard, but an improvement for Schroder, whose struggles at the rim have limited him throughout his career. His extra shots at the rim have come at the expense of mid range jumpers, as he’s attempting about the same number of 3’s as last year despite only hitting a dreadful 25% on those long bombs. If Schroder’s 3 point shooting stabilizes at something closer to his career average of 33% but his finishing at the rim sticks, he becomes something closer to an average point guard.”

A scout tells Sam Amick (The Athletic) that the Rockets miss Chris Paul on defense: “There is no accountability,” the scout told The Athletic. “They switch everything (which has been the case for years now), and so there’s no (sense of) ‘Ok, I’m going to fight (through screens) and try to really get back in front.’ No, they just switch. They stare at the ball. They get beat backdoor so many times. James (Harden) takes a bad shot, and he jogs back. The two (good) defenders they have can’t guard everybody. P.J. (Tucker) can’t guard everybody. And Austin (Rivers), who can guard at times, can’t guard everybody. They’re just horrible defensively. They get beat off the dribble so easily. (Center) Clint Capela is pretty good protecting the rim, but they switch and he’s caught on a guard so much of the time and the guard goes right by him.”

Chris Paul has been very good for a very long time:

Zach Lowe (ESPN) wishes Steph Curry hadn’t broken his hand so we could’ve better placed him among all-timers: “We are still struggling to place those seasons, and Curry, in league history. Players his size don’t really enter the “top 10 all time” discussion. Curry is already one of the two or three most decorated 6-3-and-under players ever, and probably has the brightest prime among them. The only other candidates are Jerry West, Allen Iverson, Bob Cousy, Russell Westbrook, Isiah Thomas, Stockton, Chris Paul, and Nash.”

Send in your mailbag questions for Brandon, who’s been closely covering the Thunder in person this season. 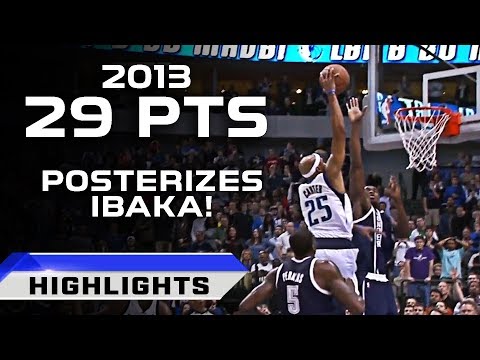